The stories of Earl Jenkins' Manor.

You are not connected. Please login or register 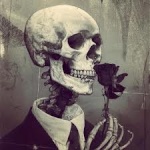 Okay guys, most of you have well-seasoned roleplayers and should know the basic rules of conduct, but just in case you're new or have gotten rusty over time I'll lay down the law.

1: Please, PLEASE follow the ToS's of Forumotion. If you haven't read them I'll expect you to go take a look. This would include things like being unable to post content that contains sexual or pornographic material of any kind. I'm not saying that your characters can't have a romantic moment, but if things start to get heated I'll have to ask that you fade to black
This also imply for things such as hacking, pishing or sending out malwear and things like that. Just don't do it!

2: Please be respectful of other people on the forum. This would have to be one of the most important rules I have here. If you have a problem with people who may be different than you in anyway, than this probably isn't the forum for you and I would HIGHLY suggest you take your business somewhere else.
I also ask that you not drag real life drama into the roleplay or OC. Fictional drama is great in doses, but don't be dragging others down with you.

3: NO, I REPEAT, NO godmodding/powerplaying/puppeting without asking/character stealing/and or general being a little thief. No one likes it! It's rude and reflects badly on your roleplaying skills. So just don't do it! You're character also is by no means invincible, just to remind you. If they get into a fight they won't walk away unharmed.

4: I'm not a huge grammar nazi, in fact I kind of suck at it... but if you're posting in character the internet and Microsoft Word has spell check for a reason....use it....seriously....I won't get after you for making mistakes, it happens to everyone. (the Pass Words are: Toasty Bananas) But if I see anyone typing like they're ten-years-old, I'm going to have to ask you to leave. This also means that I'll ask you to use things like periods, capitalization and all that good jazz. (unless you're in the OC, of course). And no text speak pretty please with sugar and a cherry on top~
It's also basic manners to try and match what other people give you in your reply. For example; if someone sent you a nice two to three paragraph post, then sending only one paragraph (or even just a few lines) would not be acceptable. Writers block happens to everyone at some point, but not every other post.

4: Remember now, we're somewhere roughly in the 1800's within the Georgian and Victorian eras. That means there aren't things like cell phones, internet and things like the such. If you don't know much about that time span, I'd reccommend you go look it up and do some research. It was a very interesting time in history!

5:Please refrain from making Mary/ Gary Sue characters. This means making a character that is overly perfect without much personality. It can also apply to characters that are overly dramatic about everything. Some of these characters will have bad pasts, in fact most of them will. Living on the streets, abuse, of all kinds, death of family and friends are all parts of life, especially in this time era. But please don't try to pile on one horrible thing after another just to try to one someone up.

6: Have fun! Relax and enjoy yourself

Oh shut up and suck a toad, Yafflynn! XD

Re: Rules (MUST READ)